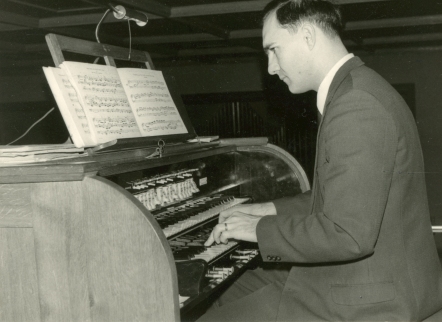 After studying piano for 10 years, Jacobus Kloppers started organ study with Willem Mathlener, at the Institute for Church Music, Krugersdorp, South Africa, completing its Church Music Diploma in 1957.  He continued organ study with Professor Maarten Roode at the Potchefstroom University, completing a BA (Music), BMUS, and BMUS (Honours) degrees as well a Teachers and Performer’s Licentiate in organ from the University of South Africa (UNISA).  In a multi-medium performance competition, he won UNISA’s Overseas Scholarship in 1960, and with an added German Exchange Scholarship, he continued his studies in Frankfurt am Main, West Germany.  He studied Organ with Professor Helmut Walcha as well as Organ Improvisation and Choral Direction at the Staatliche Hochschule fur Musik (1961-1965) and Musicology at the Johann Wolfgang Goethe University (1961-1966). His doctoral thesis, photo-copy- printed by the Bildstelle der J.W.Goethe Universität and distributed by Bärenreiter Antiquariat, focused on the performance of Bach’s organ music.

From 1966- 1976 Jacobus Kloppers taught Musicology and Organ at the University of the Free State in Bloemfontein, South Africa (as full Professor since 1970).

Immigrating to Canada with his family in 1976, he became Organist/Choir Director at St. John’s Anglican Church in Edmonton, Alberta, Canada, and started teaching organ privately.

In 1979 he became a founding faculty member at The King’s College (now The King’s University), in Edmonton, Alberta.  He served as Professor of Organ and Musicology and Chair of the Music Department from 1979 until 2008. Until his final retirement from academic work in 2013, he continued as Full-time Lecturer in Organ and Musicology at King’s, as well as Adjunct Professor in Keyboard at the University of Alberta (a position he held since 1997).

Jacobus Kloppers gave organ recitals (1966 to 1985) in South Africa, Canada, West Germany (Frankfurt am Main and Berlin) and Austria (Vienna – Stephansdom), including broadcast work for the SABC and CBC radio.

Jacobus Kloppers served as organist/choir director in South Africa (1956-1961, 1968-1976, in the Dutch Reformed Church), Frankfurt/Main in West Germany (1961-1966 in the Evangelisch-Reformierte Kirche) and St. John the Evangelist (Anglican) in Edmonton, Alberta (1976 to present).

ORGAN AND OTHER JURY WORK

Jacobus Kloppers served as consultant for 23 new organ building projects in South Africa and Canada.  He was a member of the Organ Advisory Committee of the Winspear Centre, Edmonton (1994-2002) and oversaw the final voicing of its new Davis Concert Hall Organ (summer of 2002). 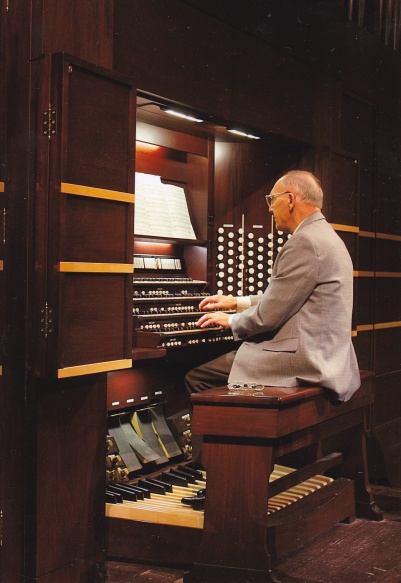 The vast majority of Jacobus Kloppers’ compositional work is for the organ.

In South Africa Jacobus Kloppers was member of the Committee for the Revision of the Afrikaans Hymnal (1969-1976) and co-editor for the first two of a series of liturgical organ music albums.

Jacobus Kloppers served on the Edmonton Chapter of the Royal Canadian College of Organists (RCCO) (1976-79), as organ scholarship coordinator (2013-Present).  He also serves on the National RCCO awards committee.

Jacobus Kloppers revised the organ syllabus for the Western Board of Music (Canada), 1977-78.

Jacobus Kloppers is an Honorary Fellow of the Royal Canadian College of Organists.

In June 2008 he was inducted into the Edmonton Cultural Hall of Fame in the Builder Category.

In 2015 he received an Honorary Membership from the South African League of Church Organists (SAKOV).  See other awards and recognition that he received here.